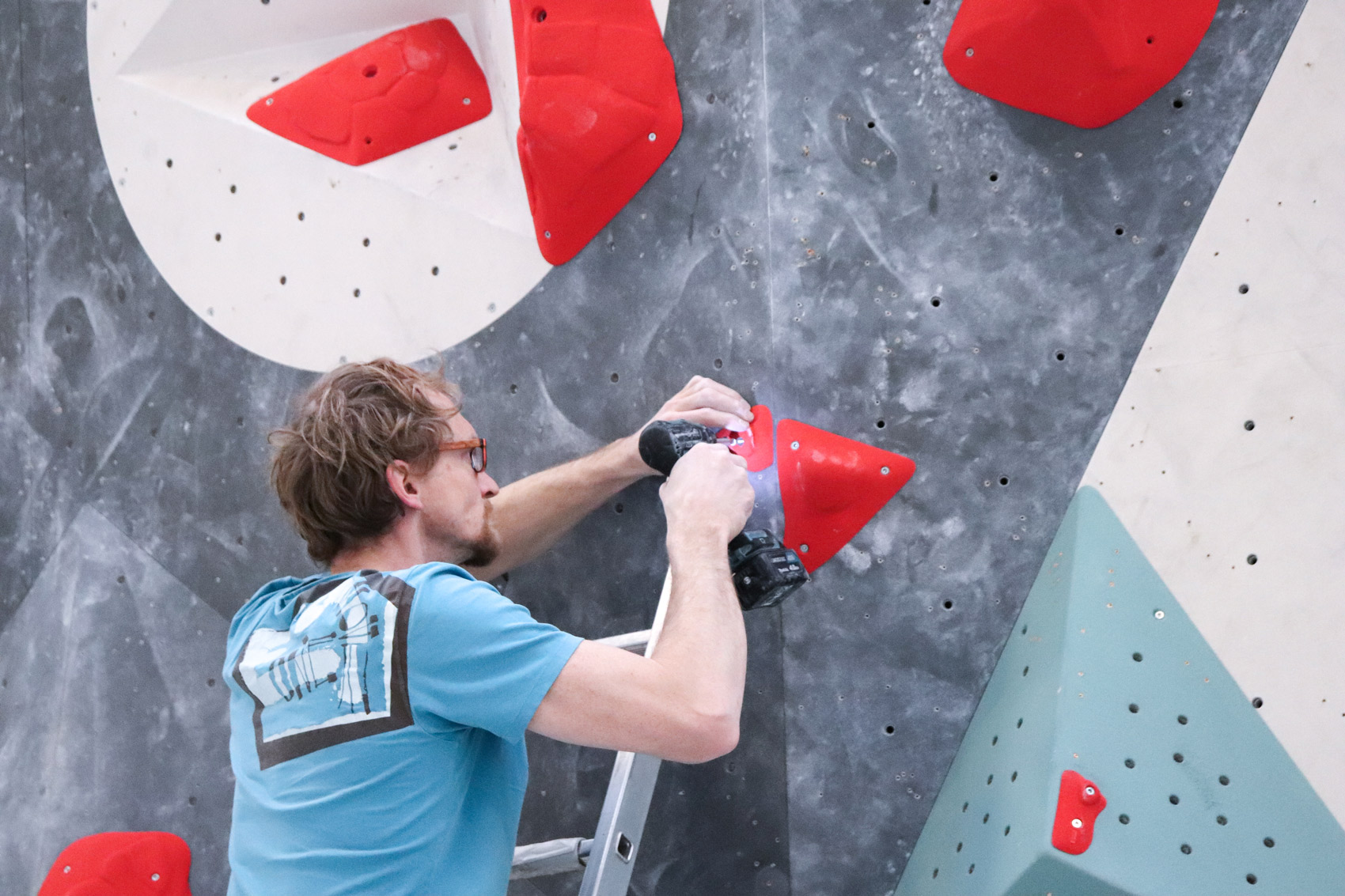 Having made the first free ascent of Vertreibung der letzten Idealisten (5.14b) in Germany’s Elbsandstein – one of the oldest climbing areas in the world notoriously recognized for its rigid ethics of no metal protection or chalk – Robert Leistner is a total badass.

And while he is as cool as a cucumber above sketchy pro, Robert is also the owner of the Mandala bouldering gym and head shaper at Blocz. And he has been a professional routesetter for more than 10 years, setting for over 100 competitions including many World Cups. With his strong outdoor and indoor background, Robert brings a unique skill set and vision to the Blocz lineup – and his role has paid off. In Climbing Business Journal’s 2019 Grip List, Blocz won second under the “Top Volumes of the Year” category.

We were fortunate to steal some of Robert’s time to get a better understanding of his perspective on shaping, climbing and setting.

Vertical Solutions: When did you start climbing?

Robert: I started on sandstone towers in Germany over 20 years ago.

You’re a very accomplished trad climber. What draws you to this style?

Each style has some value. I love bouldering, sport and trad the same – I can’t say that one is better than the other. 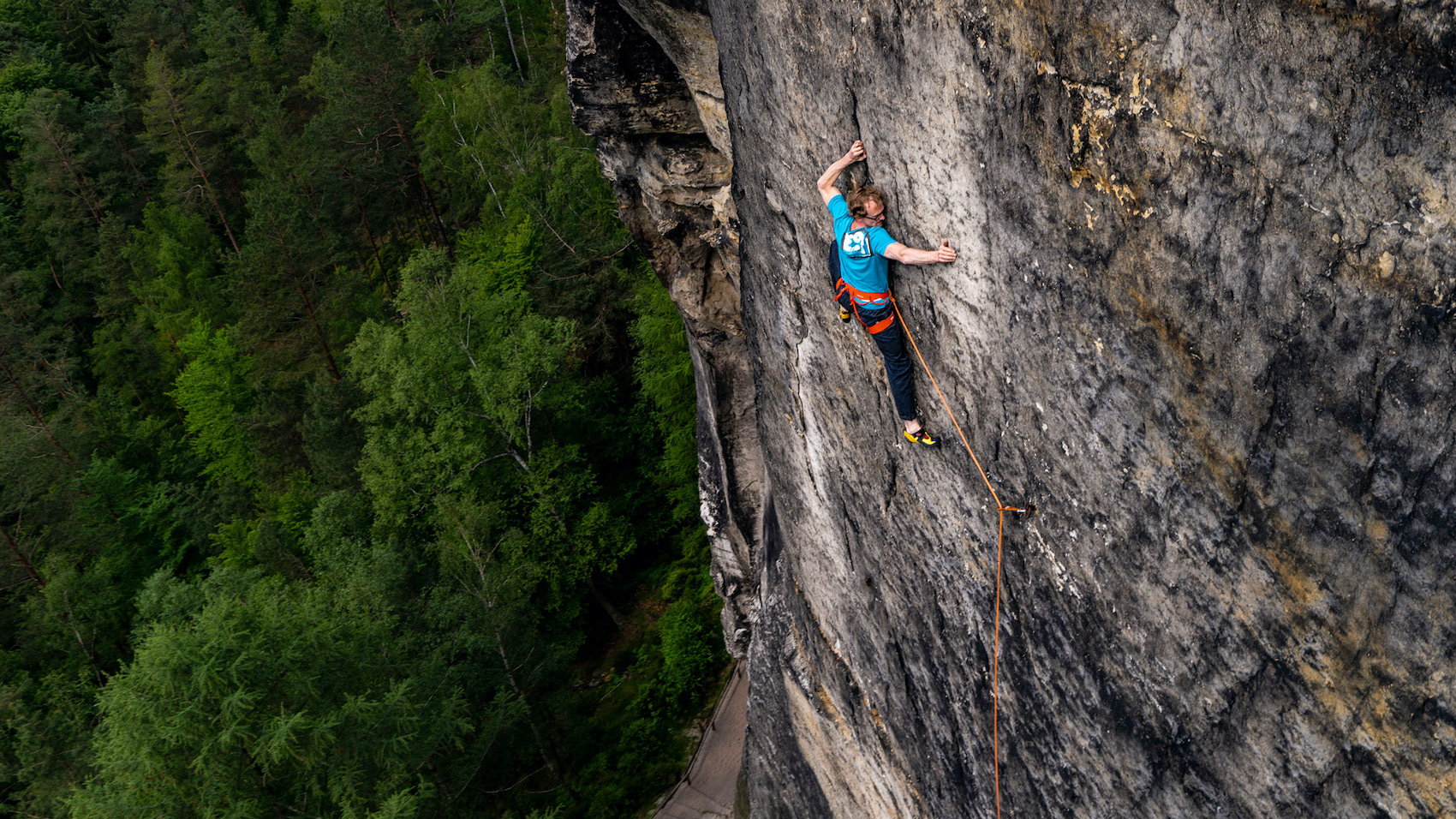 When did you start routesetting?

There was a very small bouldering gym in town that I started setting at for fun about 12 years ago. Soon after I was asked to set at a small comp in Berlin, so I tried. I ended up setting the entire comp on my own throughout the night! Then I eventually got more and more inquiries to set for other gyms.

What led you to shaping?

With the other guys from Blocz I had the idea of building nice volumes. I’m a big fan of Fontainebleau, so I wanted to bring that area into the gym setting.

Do you have the experience of watching people interact with holds differently than you intended?

Sometimes, yes. In the past I’ve thought, ‘ah, shit, they’re not doing what I thought they should do.’ But as a routesetter, I only give them an idea on how to move – climbers have to play their own game.

It’s usually different every time. Sometimes I have a few ideas in mind of how the holds will look, sometimes there’s a feeling in mind of what I want when I grab the hold and other times there’s a type of movement I want to create.

How would you describe your shaping style?

I mostly focus on making holds with a nice, smooth feeling. That’s the most important thing for me. Also, I want to create a lot of options for dynamic or static moves. 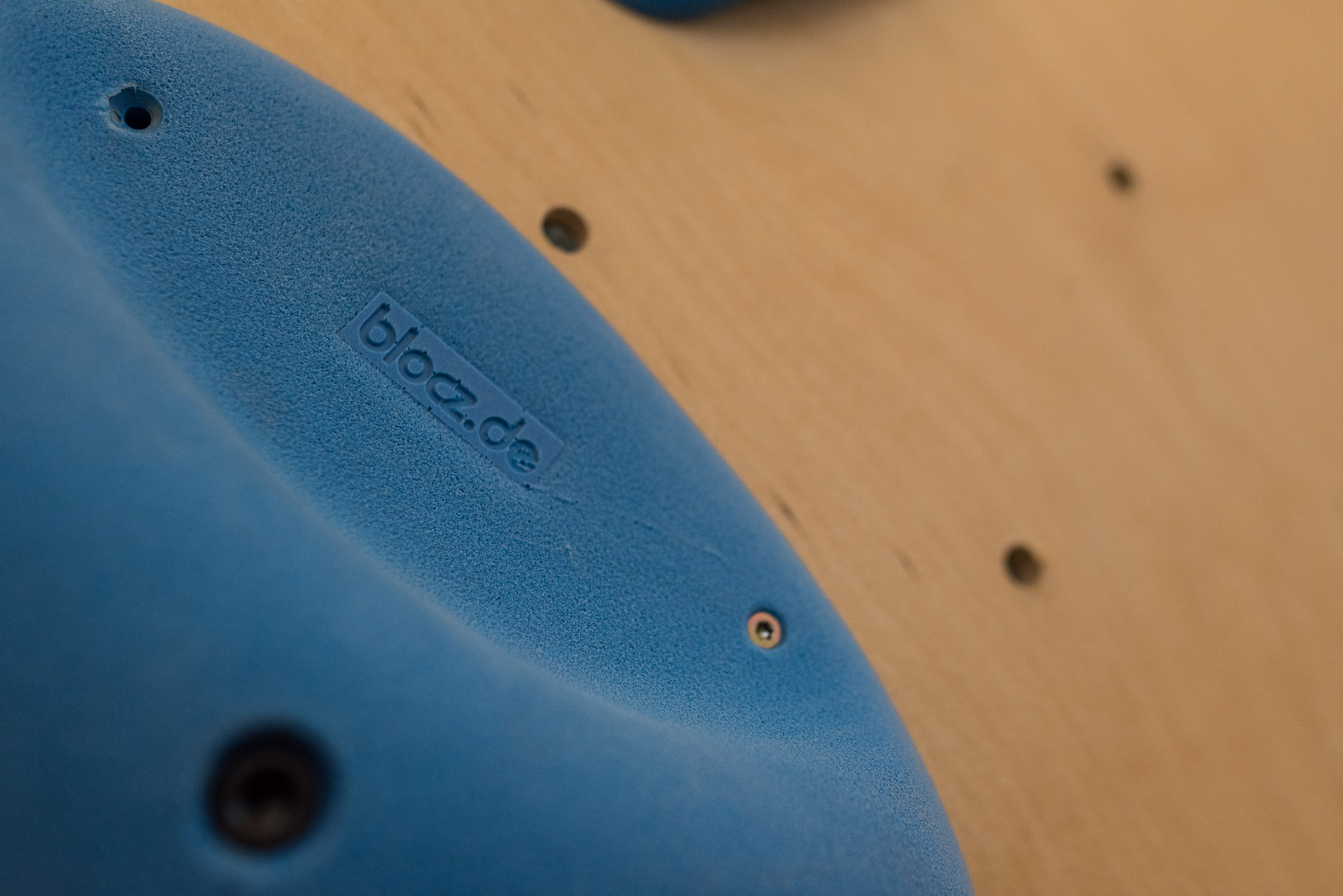 What do you see as the future of shaping or setting?

I think inset volumes are the future – there are movements possible that aren’t without these designs. And round walls! It’s amazing what moves are possible on them – the round areas lead to a more organic, outdoor style. It’s special to set on a kind of wave.

In the past few years we have experienced a lot of “parkour” styles in comps, but I think the future will go back to more old school and physical, and less jumping around.

What’s your favorite type of rock?

I think sandstone has more soul than any other rock, which I for sure bring into my shaping and setting. It’s important that we learn a lot on real rock because nature is the best teacher for us as shapers and setters.

What sets Blocz apart from other companies?

I think Blocz has the flattest, smoothest slopers for hard boulder problems. I think they create the best movement and spur the best feeling when climbing.

Describe your relationship with Vertical Solutions, Habit and Proxy.

I first saw VS walls a few years ago. They were rounded and wooden, which is really different and cool. And Blocz is known for its wood holds and volumes, so the relationship made sense.

And the U.S. market is completely different than the Euro market. The American climbing scene seems to be more about big gyms, big holds and big moves. In Germany, we’re a bit more focused on technical climbing and on capturing a good feeling. Habit, Proxy and VS seem to be more open to our style.

Thanks, Robert, for your valuable insight and for making world-class holds we all happily use in our gyms! We’re psyched to see what sets and lines Blocz rolls out in the future!

This interview has been edited for grammar and brevity.