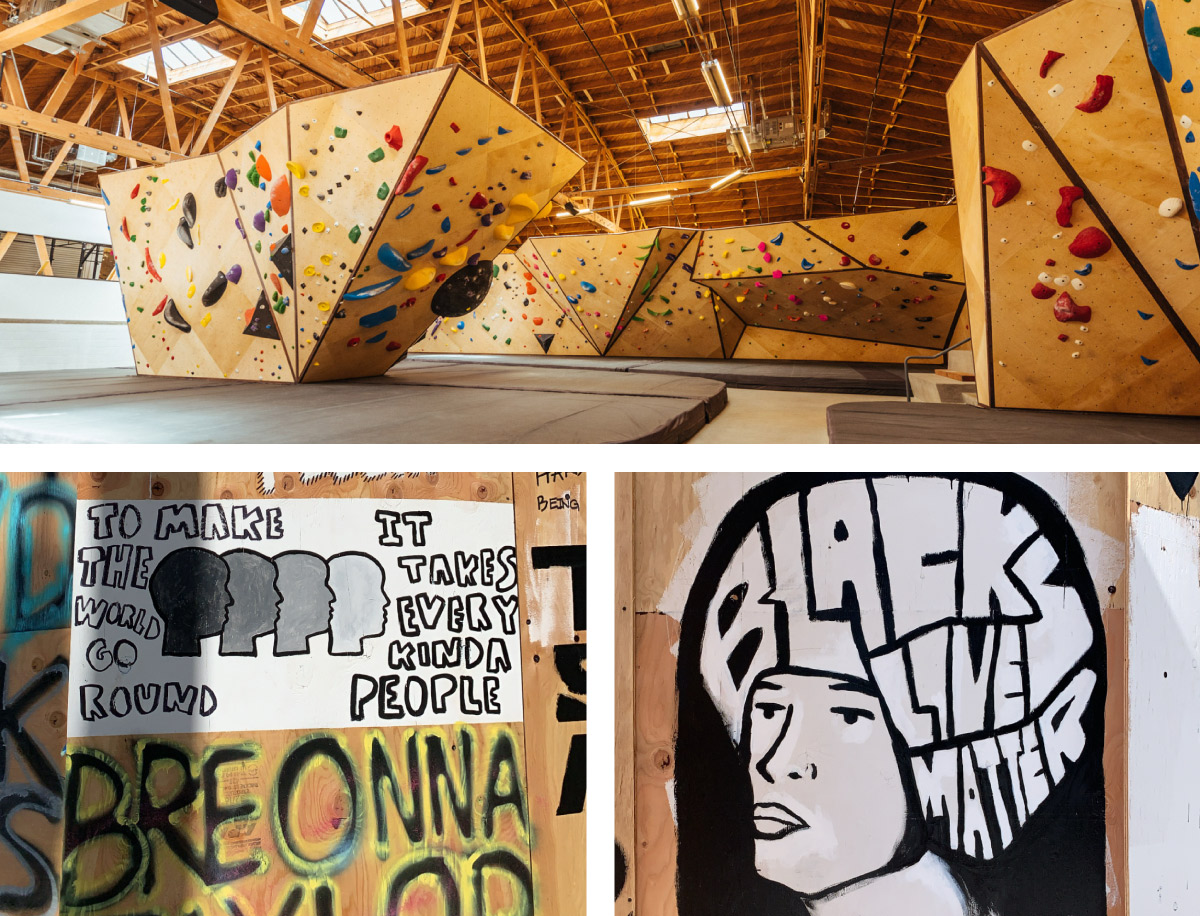 In the midst of opening their first gym and the business getting a foothold on its way to sustainability, a year of unforeseen crises have brought change and inspiration to Grayston Leonard and Long Beach Rising.

Tell us a bit about re-opening after Covid-19 and how that’s been going?

It was all about how, when we did get approval to reopen, do we do it in good faith. Everyone is struggling with opening correctly - it doesn’t seem possible to do it exactly right, so it’s about just being open to adapting. There are definitely ways to do better, and certain facilities are more set up than others. Fresh airflow is scientifically the best tool to reduce the spread, and we’re lucky that we’ve got two huge garage doors on either side of the building, so we just needed a few fans to aid that cross flow of air.

Liquid chalk has been great, especially if it has enough alcohol to mitigate Covid. We also think masks are the best thing gyms can be forcing on members right now.

Capacity is what’s hurting gyms – and the general outlook of not wanting to be around a lot of people. Climbing is social and it’s hard to limit numbers of people.

In some areas there’s a big divide between people taking it seriously and those who aren’t, what are you seeing there in Southern California?

In CA, everyone recognizes that it’s an issue, so the politics are less influencing. Long Beach Rising (LBR) is taking it very seriously and staying conservative. The last thing we want to is for people to come back and then have to impose additional restrictions. I feel fortunate that we don’t have to compete with different perspectives on where people stand on Covid-19.

Can you tell us about how you’ve been involved with the Black Lives Matter movement?

LBR is all about BLM, from a personal and business situation, we are deeply committed.

The gym had always had a big plan to address how we make our facility accessible to people of color in the neighborhood and to kids, but the focus was initially on becoming a sustainable business, and then at that point we’d start thinking about programs like this. But during Covid, it freed up the time to actually think about this more, and ask ourselves “Why do we need to wait to do that? Why is the non-profit approach a bad way to go from the outset? Why does it matter when you do it? Why not now?”

What did you guys do?

We contacted to Brain Dead, who were raising a lot of money for various causes. I knew the owner of Brain Dead was a climber and we had mutual friends, so I reached out to him to see if he wanted to collaborate on a way to raise funds to sponsor programs for the gym to bring in people on a much larger scale than we would ever be able to do. Then they hit up Ashima Shiraishi and Evolv and decided that 100% of her shoe sales would go towards programs that bring kids into climbing, and we (LBR) got grouped into that effort.

Now we are developing what that program looks like. Before, we just had a relationship with a youth center near the gym where they were able to bring kids to the gym twice a week for a few hours to work out or try climbing. That was the extent, which was great, but didn’t actually get utilized very much.

But during all of this, we had the realization that what we were doing felt too passive and non-committal, and we needed to take a much more aggressive approach in a way that we were committed to follow through.

We also partnered with a local art group to paint a giant Black Lives Matter mural on the building, on one of the busiest streets in Long Beach, which was our statement of commitment to let people know where we stand as a business. 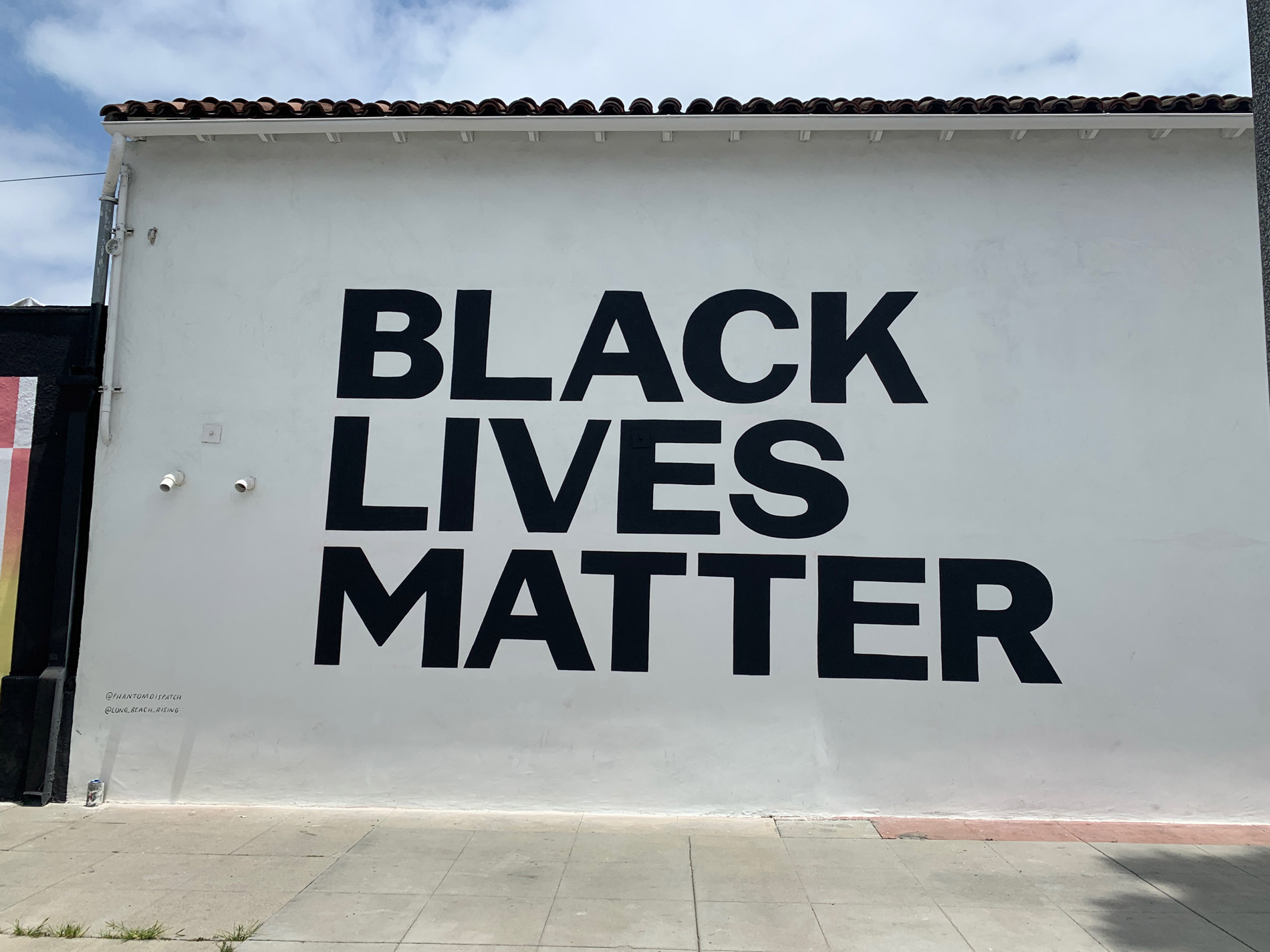 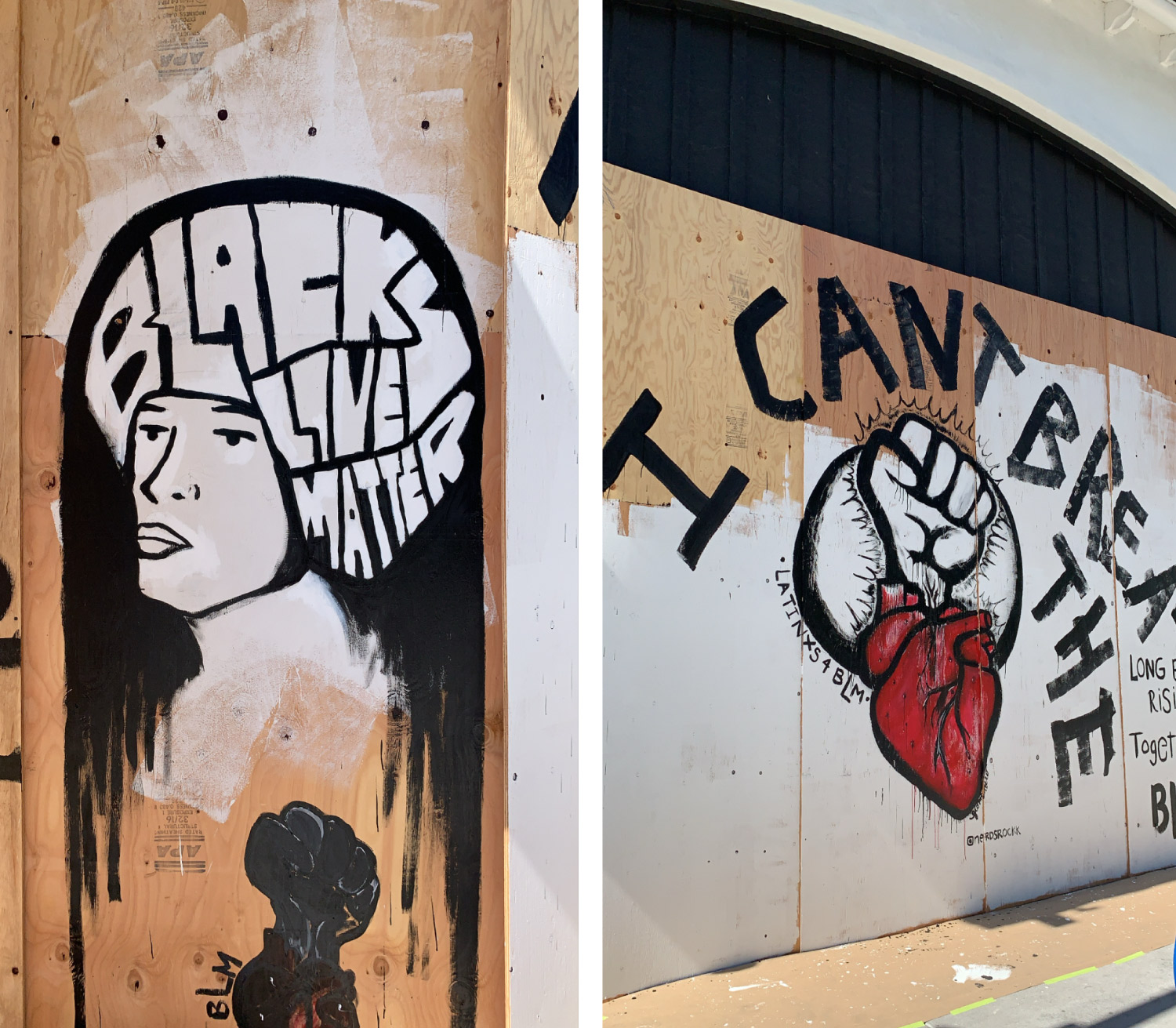 How has the response been?

Since we’ve made this announcement, the amount of positive support from our community has been amazing. One - we’re trying to prove it to ourselves that we can do it, but we’d also like our experiment to be successful to prove it other businesses that you shouldn’t be afraid to expend time and resources to offer a youth outreach program that’s functional. Not just one that checks the boxes on paper.

Tell us more about the partnership you have with Brain Dead and Evolv.

We want to prove to other businesses no matter what area they are involved in, whether that’s sports, retail or entertainment that you can run a for-profit company and have an actual engaging outreach aspect to it. And what you’ll find is that by actually having one you put effort into, you’ll end up doing more/better business because people care about making a positive impact.

It’s not an easy task, and now that we have money coming in for these programs, what it looks like is a difficult problem to solve, but also a really fun problem to be tackling. People have the opportunity to come in and experience indoor climbing at least once.

Can you tell us a bit about the community in Long Beach?

Long Beach is split - there’s a big income gap, with an overlap of poverty and lots of money coming in. It’s a wildly diverse, beyond Latino and Black people, there’s a huge Polynesian community, SE Asian, Hmong, then Latino, Black and White in a really small space. And in that there’s a huge range of income levels.

The city is changing in a big way right now, but it’s changing for a small percentage who have money. We felt like we had to be more diligent in not falling into the habit of not actively looking for ways to involve the entire community.

What was your biggest takeaway from all of this so far?

We’re building facilities to rock climb in because rock climbing changed our lives. So why don’t we give other people the opportunity to have their lives changed or to get inspired by something like climbing?

I saw all these clothing brands who were raising tons of money through crowdsourcing these t-shirts, $750k in two weeks! I thought to myself “Holy shit that’s what possible when people are unified on a cause?!” So, we decided to do a Black Lives Matter shirt with 100% of the proceeds going to the Compton Jr. Equestrians, a local program affiliated with the Compton Cowboys and formed by Compton natives in response to the lack of programs available to at-risk youth in the community.

When we put that mural up and made ourselves accountable to this movement, it opened up a whole new world to us. It’s awesome, by trying to do something positive, we’re getting positive feedback.

Thanks so much for taking the time to chat with us, Grayston! We can't wait to see how Long Beach Rising continues to grow and evolve over the coming years. Give them a follow on Instagram to stay up-to-date with all the rad things they're doing!